Desperation Is the Mother of Effectiveness

- November 21, 2013
My teenage son made cookies tonight, the kind you just break apart and put on a cooking tray.

It would have been great, except for the bothering his sister part.  That part made it really NOT great.  She was in there making tea for the youngest one (nice, right?) and he was hassling every move she made.

Nothing I said got him to stop.  I tried attacking the problem from different angles.  I tried being creative.  I tried being stern.  Epic failures,every one.  All I could do was sit in the living room, wallowing in PMS and thrashing about with high, high levels of irritation.

I felt powerless to stop him.

And then, I realized I had a weapon!  I had an arrow in my sling, and I was going to use it.  I called him, calmly, into the living room.

Son, stunned silence.  If eyes could beg a person to stop talking, his would have been doing just that.

Me: "So get back in there and make it work with your sister."

Son: "OK OK OK OK OK Please don't ever tell me that ever again!  I'll be good I promise!"

It worked like a charm: no more bickering or hassling.

As I munched on my warm peanut butter cookie, I enjoyed the peace and quiet, and wondered to myself if I had used my arrow on a worthy target.  That particular arrow can’t be used very often.

I hope I chose wisely. 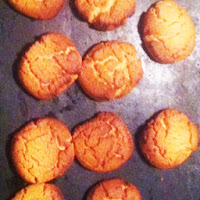 Gabriele said…
Hilarious! This had me laughing out loud!! Good thinking, Monica :-) Reminds me of a joke Don likes to tell. Q: What's the difference between a terrorist and a woman with PMS? A: You can negotiate with a terrorist!
22 November, 2013 13:59