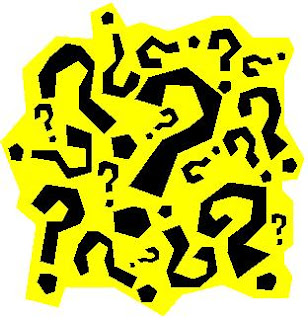 How do we teach our kids a little self-control? How do we teach them to corral their less-than-wonderful impulses?
Like the impulse that tells my son that it's a perfectly fine idea to attempt to choke his little sister for sticking her tongue out at him.
Like the one that tells my daughter that flinging shoes at me from her car seat is fun or that hurtling pencils across the living room is just what the situation calls for.
Like the force compelling them all to simply get louder in order to be heard above the din of other people who are being as loud as they can in order to be heard.
Like the urge to get my response right now to a critical question such as I-know-I-just-bought-an-Ipod-game-and-you-said-I-could-buy-a-song-in-a-few-days-but-can-I-buy-it-now-instead-cuz-i-really-really-want-it, even though, as you can clearly see, I am engaged in conversation with another adult and will (a) not respond in your favor if you interrupt me and (b) not respond in your favor because this question has been asked and answered several times already in a short few hours and (c) want to sell you to a gypsy train if you look at me with that desperate need-to-spend-money-in-order-to-feel-happy, meth-head looking for a fix, pitiful son with a shrew for a mother kind of way.
Like the old tried and profoundly untrue response to having to do daily chores. Really? Really? You are really going to stomp around the house bitching bitterly about how unfair it is that you have to fold laundry? After all these months, and after watching hot lava erupt from the top of your mother's head and sparks fly from her mouth during previous bouts of complaining about this very thing? Do you not remember where this same complaining landed you last time? In a world of misery and screeching, if I recall, so my question to you now is: Really?
What am I doing wrong? Expecting human behavior from un-fully formed people?
Parenting is a mystery shrouded by a veil behind closed doors and speaking in tongues.
* * *
parenting Questionable Parenting Tactics

Homemaker Man said…
While I agree with most of this, throwing shoes at you from the car seat is totally fun.
15 February, 2011 04:38

Teacher Mommy said…
I have the urge to sell ours quite frequently.