A Good Vocabulary Is Overrated 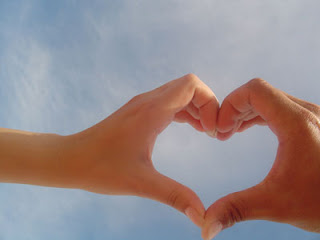 My six year old was a little stinker today. She was flashin' tude right and left, and shaking her hips like...well, like she shouldn't be able to.
At Mass this morning, I pulled her from behind me right after I had received the Eucharist, so she could receive a blessing from the priest. She wasn't pleased. I think she just wanted to hide behind me, and I thwarted her. So right there at the front of the church, as I turned to take the cup, she stomped her foot, crossed her arms over her chest, gave me her best Stink Eye, and then whirled on one foot and stomped all the way back to the pew we had been sitting in. Near the back.
I calmly received the cup, said "Amen," crossed myself, and headed back to have a few choice words with her. I gently took her head in my hands, leaned down to speak into her ear so that the parishioners lost in prayer wouldn't hear me, and whispered her the riot act. She dissolved into tears. My work was done.
At least, until her next tude fest/melt down, of which there were many today. She got in trouble so many times, she finally started referring to herself as "The Unbeloved One." At one point, she came up to me with her two hands in the shape of a heart, forcefully ripped her hands apart, thereby splitting the heart in two, and uttered one word: "Unbeloved." She then flounced away with feeling.
She tends toward the dramatic. And I'm not teaching her any more interesting words.
* * *
Things Kids Say