- June 08, 2014
My 7 year old daughter drew a hopscotch in front of our house a few weeks ago, with multi-colored chalk.  She drew the requisite ten boxes, and busied herself for a time hopping up and down our sidewalk. 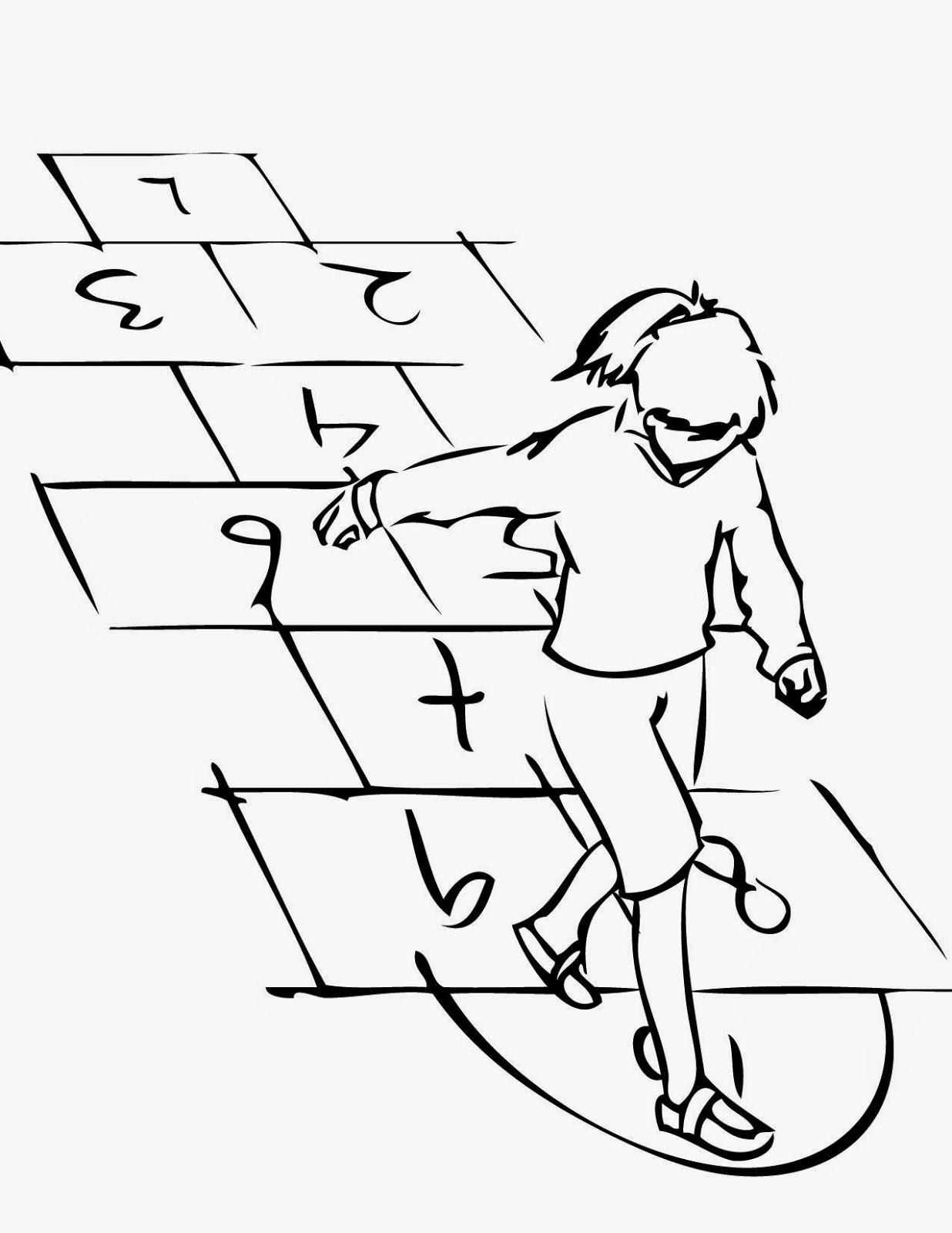 Shortly, though, ten boxes just wasn't doing it for her, so she added more.  She added and added.  I'd check on her progress every so often: twenty…thirty-two…forty-three.  She was finally content with her masterpiece when sixty-one colorful numbered boxes lined our sidewalk.  Much jumping ensued, the kind that keeps children happily playing outside into the waning light of a summer evening, hoping to stay outside forever.  It was awesome, just the kind of simple but magical thing that makes me love watching my children grow up.

This is where we all smile, and sigh, and remember the sweet innocence of youth.

However, it seems some mischievous neighbor, or perhaps just a passer-by, thought her artwork lacking.  Someone came along and added, in chalk, which he either possessed already, or came all the way up to our front porch to get, three large drawings of the male anatomy.

That warm nostalgic feeling I had about childhood and summer evenings?  Not so much anymore.  My front walk went from children's fairyland to a red-light district just like that.

They've now been there for three days: we've had so many places to be this weekend that no one has been home long enough to clean them up, until today.  In fact, my 13 year old son, V, is out there as I type, taking care of the problem.  My catalyst to clean came from this conversation, on our way home from a soccer game today:

From way back in the third row, Little T announced that she couldn't wait to get home and play on her hopscotch "court."  I glanced over at V, who knows about the graffiti already because I had to ask him if he had done it (he had not) and said quietly: "We gotta clean that up."

Tallulah started to get upset -- how dare I suggest that we get rid of all her hard work!  That's when V leaned over to me and said: "Yeah, when [his buddy] Andy came over yesterday, he said 'Uh…dude…you know there's a big dick on your sidewalk?"

This did nothing to quell the girls' curiosity.  While they didn't hear what V said, busy as they were demanding answers from me, they couldn't help but see my reaction, which was to spit my water all over the steering wheel.   I could. not. stop. laughing.  I could not control myself.  And if the girls could possibly get MORE curious and demanding, they did:


"What??  What are you laughing?  What's so funny!??!
What happened to the hopscotch!
MOM!  WHY ARE YOU LAUGHING!
WHAT HAPPENED!!"

Somehow--maybe V turned around and told her--the nine year old figured it out: "Oh my gosh, I thought that was a SMILEY FACE!"  More high-octane hilarity, this time with V and one daughter joining in.

The 11 year old also figured it out and wanted everyone to STOP TALKING ABOUT IT NOW.

The only one still in the dark was the 7 year old, the original hopscotch artist, who was fairly beside herself by now demanding to know why her work needed to be destroyed.

Matter of factly, the 9 year old delivered the news: "Someone drew a penis and some testicles on your hopscotch, Little T."

For a split second, the mayhem ceased, as we waited to see what T would say.  Being the super mature one in the group, I just tried not to guffaw audibly or drive off the road.  And then:


And that, my friends, is how you respond to vulgarity when you are the youngest of five.

And she still doesn't want us to clean it up.