I didn't mean to not do the dishes: I forgot!

I did not, however, forget to eat an entire package of girl scout cookies: which reminds me, you need to add $4 to Lola's payment envelope.  I didn't forget to tell you that, did I?

"I forgot" is quickly becoming my most despised phrase of all time.

Today, in the van, a tussle was brewing.  Teenager was thrashing about in indignation because I was holding his feet to the fire on an assignment he had forgotten to hand in.  This, with some predictability, led to a general thrashing about over grave issues of injustice like: "You always think I'm going to screw up!"

I, with equal predictability, found myself saying loathsome stereotypical parenting things like: "Homework is your responsibility.  I know you would rather hang out with your friends today, but you had a very full weekend, and now it's time to do some work.  I know you are not happy with your grades right now, and this is the perfect opportunity for you to apply yourself and do better.  Doing your work is the better choice, even if it's not the one you want to make: everyone has to learn to choose to do the harder, less appealing thing, for the sake of something greater."

But perhaps, if I'd said more of it earlier, I'd be saying less of it now.  Let me be a lesson to you: don't be afraid to be a stereotype.  It will pay off for you in the long run.  Stereotypes don't come from nothin', yo.

Anyway.  So I was getting the "But I forgot" excuse, served up with an impressive level of pathos, and it occurred to me (for about the billionth time) that I needed some way to change this wrong-headedness, this idea that "I forgot" somehow meant that I would miraculously say: "Oh, well, in that case, by all means, you don't need to do anything.  I mean, if you FORGOT, then it's not really your fault, right?  Here, have a cookie."

I think we all know that was NOT going to be my response.  But as I sat there, trying to think of what to say to this stricken, horrified teenager, whose mother was actually going to make him do homework on a Sunday afternoon, I felt my adrenalin start to marshall her troops, I felt my pre-frontal cortex packing up for a vacation, and I felt a rant of epic proportions coming.  Here is a mild version of what I wanted to say:

"I FORGOT IS NOT AN EFF-ING ANSWER!  I FORGOT DOES NOT GET YOU OFF THE EFF-ING HOOK!  STOP SAYING I FORGOT LIKE IT'S SUPPOSED TO MAKE EVERYONE GIVE YOU A BREAK AND MAKE AN EXCEPTION AND LAY DOWN A PATH OF PALMS FOR YOU AND GIVE YOU MILK AND COOKIES INSTEAD OF A LINE IN THE SAND!"

And thus, the launch began:

"YOU NEED TO START UNDERSTANDING..."

Starts off ambiguously, right?  I could go either way.  I could go Linda Blair on his backside, or I could meeeelllllllooooooow and breathe and hold his feet to the fire without being a total bitch.

I would like to say that I chose the latter path because I carefully considered what a Good Mother would do.  But really, here's what I said, and the only reason I said it was to avoid poking the angry bear my teenager had come in the front seat of the minivan.  Turns out, avoidance can be a fabulous parenting strategy:

"You need to start understanding...(control restraint composure anger management)...that if you write things down, you have a better chance of remembering them."

It was lame, it was weak, it was not want I really wanted to say.  But it somewhat communicated what I need from this kid without requiring me to make a deposit into his Future Therapy Account.

I was sweaty and exhausted by the effort it took not to say what was really on my mind.  I still don't have a way to change the wrong-headed teenager thinking.  All I have are weak but true words that might, just might, someday sink in.

Thank goodness one of my non-teenagers made gingersnaps today.  My Herculean effort not to scar my son was rewarded with this: 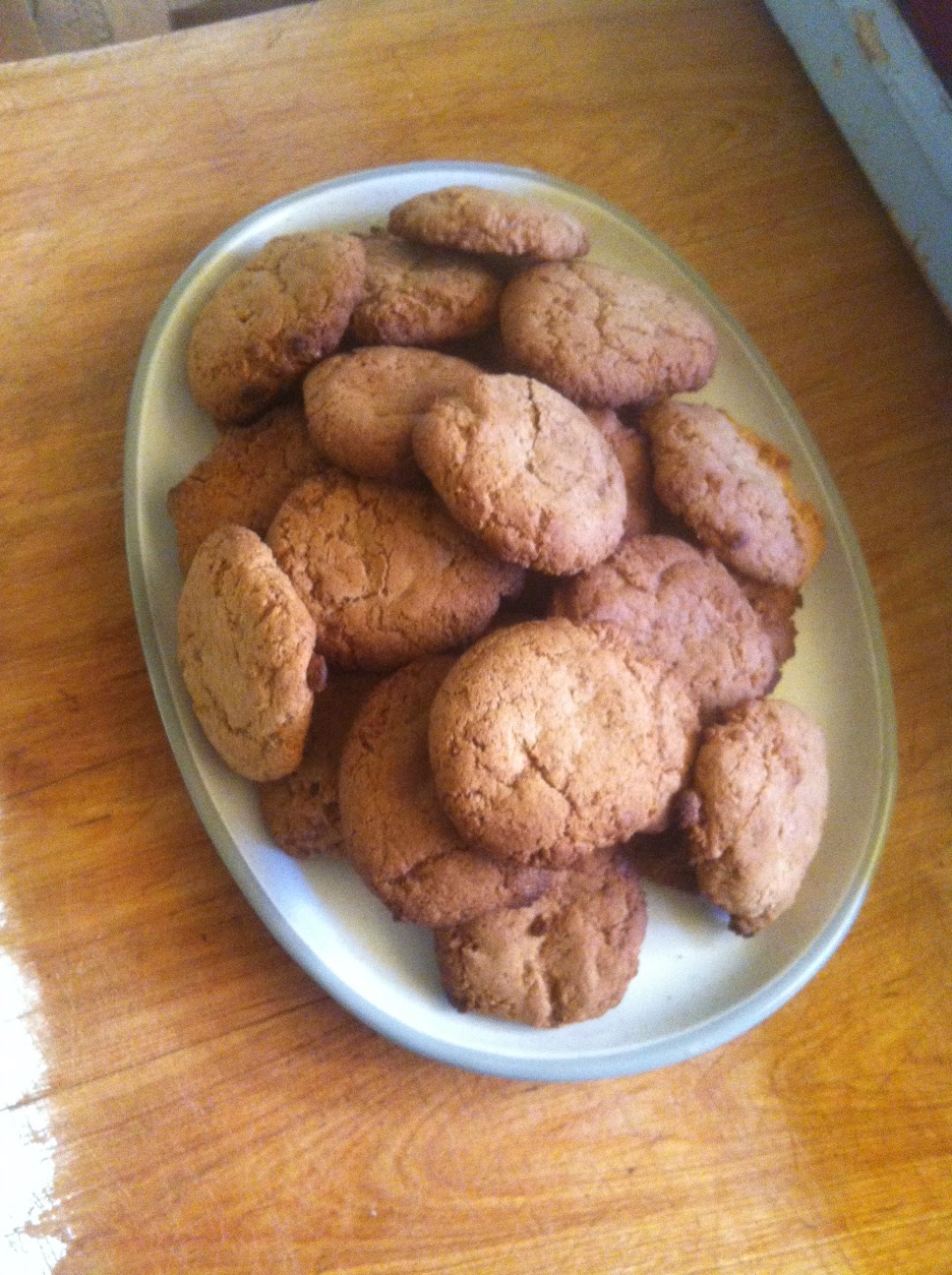 Is it a problem that I ate about 12 of them?

Suburban Correspondent said…
I know! I'm sick of hearing it, also. And I think you did the right thing - instead of a rant or lecture that he wouldn't hear, you put the monkey on his back, where it belongs.