7 things to make you laugh, think, and smile.  Visit the original.  Visit some others.  Leave some comments.  7 quick comments.  That's your goal.

Great TAL show on education and what kids really need to be learning.

Notwithstanding the profanity, this pretty much sums up my life's philosophy.  Now, what's interesting, is that I see no conflict at all between this sentiment and my Catholic faith.  So I don't think I need to convert to the Church of the Latter Day Dude.  The RC's have got me covered.

Today is dress like a book character/donate a book day at school.  Which had me making stops at Target and Barnes and Noble last night far past dinnertime, with all five kids, spending too much cash to buy books to donate to the school and outfits for Atticus Finch, Ivy (of Ivy and Bean), Sally (of The Cat in the Hat), and some character from Percy Jackson I can't remember the name of.

Now, just a week or so ago, I passed on school pictures because we couldn't afford it.  But give me a cause like promoting a love of reading in my own kids and donating new books to others, and I'll apparently spend all kinds of money I don't actually have.  My altruism is fervent, if not wise.

And anyway, those school picture packages are a total racket.

My 10 year old daughter recently got 12 inches of her hair cut off.  And we learned just how easy it is to donate to Locks of Love.

We were out of town, at a soccer game about an hour away, and she decided she wanted to get her hair cut.  Ping!  I thought: what about Locks of Love?  She said sure.

So, after the game I searched for a Supercuts on my Intermittently Smart Phone, found one a few blocks away, googled Locks of Love, discovered that anyone can cut your hair as long as they know ahead of time to pony-tail it and not let it hit the floor, and an hour later, we were back in our car with a Supercuts bag containing a 12 inch pony tail and SuperCute 10 year old sporting a big ole smile.

Just so ya' know, in case you happen to have 10+ inches of hair you aren't using, this was the easiest good thing to do ever.

I'm slipping, people.  Really, really slipping.  The other day, I took my 12 year old to Taco Bell.  While I do deserve some props for him getting to be 12 before Taco Bell fare ever passed his lips, I still feel, deeply, the Shame of Fast Food Consumer.

But it didn't stop there.  No, this morning, when I stopped for gas on the way to drop him at school, and because there wasn't much in the way of lunch food for him at the house, I actually assembled his lunch from a gas station convenience store.  Pa. Theh. Tic.

How do people who work full time manage to feed their children without compromising their ideals or dying of shame?  This is not a rhetorical question.  I need answers!

The Mysterious Workings of the Teenage Brain

This is all very interesting, but I have to admit, "synaptic pruning" scares the hell out of me.

Thank goodness the impressive Sarah-Jayne Blakemore also says this:  "This is a period of life where the brain is particularly adaptable and malleable.  It's a fantastic opportunity for learning and creativity.  So what's sometimes seen as the problem with adolescence--high risk taking, poor impulse control, self-consciousness--shouldn't be stigmatized.  It actually reflects changes in the brain that provide an excellent opportunity for education and social development."

Translation: no matter how many times my teenager loses his soccer ball, it's not too late!  YAY!

Do you yell at your kids too much?

Because I certainly do not, and I do not need this resource at all, but apparently, or so I've heard, there are parents out there who actually raise their voices sometimes (shocking!), and maybe perhaps could avail themselves of the concepts in this book. 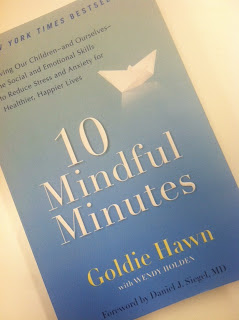 Seriously, it's about so much more than not yelling.  It's about raising happy kids.  Even a non-yeller like me (font of serenity that I am) can use some help in that endeavor.  And you?

Suburban Correspondent said…
Most moms who work a second job tend to rely on prepared foods from the supermarket - the rotisserie chickens, etc. Healthier than fast food, at least - I just cook up a pot of rice (in the rice cooker) and throw butter and frozen peas in at the end and serve it with the chicken. Voila! Dinner.
28 September, 2012 19:27