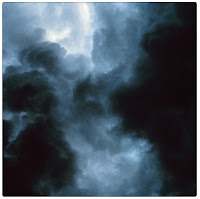 Everywhere I look, I see the ways in which we don't trust each other.  It's in the protestors who want to open the country back up, facing down the health care workers who want us to stay at home.  It's in the vicious twitterstorms we consume in great, endless scrolls.  It's in the way we talk about virtually every issue we face as a country.

Take health care: Low-income Alabamians are opposed to the Affordable Care Act because they don't want "aliens and welfare queens" to take advantage of taxpayers' hard-earned money.  Have they asked for proof that this actually happens, or are they believing their so-called leaders -- leaders who very well could have ulterior motives for wanting to pit poor and oppressed people against each other?

You can blame the New Yorker, and Eyal Press specifically, for this rant.  His piece A Preventable Cancer is on the Rise in Alabama got my brain and blood both boiling.

Why do the "have nots" give their solidarity and loyalty to the "haves," who show no capacity for generosity or justice or simple decency?

To the question of people gaming the system: how many welfare queens would be acceptable if it means poor people could get the health care they need so they don’t die from easily preventable disease?  If 100 deserving citizens get covered through the ACA, while two or three welfare queens pull a fast one, sneaking themselves and their 10-12 children on to the rolls, even though they’re lazy, good-for-nothings who waste their time and our dime, would that be worth it?  Or 7-8 of them?  What about 20?

And what exactly is a welfare queen? Should we take a look at what life on welfare actually looks like and root out the people who are living like royalty? Does that even happen?  Should we find out who is actually being prosecuted for fraud?  Does anyone besides me suspect that it might be mostly white people?  Not necessarily because they're worse people but because there are more of them?

As if people have babies to make their lives easier...
As if big families deserve less of a safety net than smaller ones...
As if the people complaining about 10-12 babies from welfare queens aren't the same ones saying All Lives Are Precious, meaning, apparently, only the unborn ones because once you draw breath, suddenly you're a drain on honest taxpayers -- at least you are if you're born into a family that doesn't fit American mythology.

Swerving from that New Yorker article, with its wider implications for health care during a pandemic, to the coverage of Trump doing his trumpiest and protestors with rifles demanding the right to go out for burger, I can’t help but wonder if people on opposite sides of the most important issue we face can ever come together.

The divide feels too deep to cross.

Even siblings have to fight like hell to bridge their divides, to remind themselves to be compassionate, to put themselves in each others' shoes.

It seems that Americans take for granted the things we say we stand for.  We behave as if slogans are true without effort, that flags and symbols are enough all on their own, that we don't need vigilance and struggle and conversations and challenge and compromise.  Maybe that's why human beings keep fighting wars: because being on the righteous side of a fight does in fact unite us, perhaps like nothing else, and because so often, we need to be brought together again.  Being united against a common enemy lays bare the secondary importance of daily grievances and even policy differences, by stripping away what does not matter.  What's left is truly, only, what is worth dying for.

So what do we do when we can't even agree on what is worth dying for?

If we take this second group at their word, they are willing to have Americans die from COVID19 so that the economy survives.  Don't they see that the vast majority of those who will do the dying are those for whom the economy wasn't working in the first place?  Their policy ideas belie their blindness to how millions upon millions of Americans actually live.  When they say "the solution can't be worse than the problem," they belie their privilege and their inability to truly see what is happening around them.

If we were siblings and had to choose for our great big family, wouldn't we choose life over dollars?  Call it a choice between two bad outcomes: in perfect world we wouldn't have to choose.

But the fact that the choice exists is not evidence of moral failure. The problem we have does not mean that libtards suck or that MAGAs are a bunch of deplorable #BranchCovidians.  The reality we are facing does not require us to lay blame at each others' feet.  The problem is that we are battling a global pandemic that is big, nasty, overwhelming, terrible, and that touches everything from the personal to the political, the systemic to the idiosyncratic.  The problem is, basically, a war -- a battle that should be uniting us to come together and save lives.

When we don't do that -- when we can't be brothers and sisters and agree on the enemy -- when that happens, no flag can help us.  If we want that flag, our country, to save us, then shouldn't we put some energy, time, and goodwill into the fight, with our questions, our actions, our kindness?  Shouldn't we each give the best of ourselves to each other, instead of our vitriol and venom?

So many of us are making masks, and hosting neighborhood "distance happy hours," and showing solidarity with the Class of 2020, and finding ways to help, soothe, comfort.  We are coming together in those important ways and places.

But in perhaps the toughest places of all -- the places where we disagree -- nothing feels farther from the truth than "we're all in this together."  We're too busy shouting at each other for that to be true.

And so, a plea: If you disagree with me, please don't flip the bird at me and rush past in disgust.  Engage me. Ask me what I care about and why. Tell me those things about yourself.  Tell me what you are afraid of.  Push, with love, on the most urgent questions we are facing together.

I want to do the same.  I want to be your sister.