My Own Little Renaissance 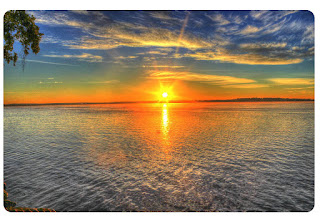 I went for a walk today after work.  I really didn't want to.  I was torn between passing the time before picking up my daughter from soccer practice by (a) stopping at the local taqueria and having a beer or (b) getting. in. my. steps.

(If you say those last four words like you're the Economics Teacher from Ferris Bueller's Day Off, you will capture something of my feeling about going for a walk.)

But I digress.  This post isn't about my walk, but about something I've discovered recently, which I was reminded of on my walk.  Here's what I have discovered: There is so very much I do not know.

Put another way: There is so very much to learn about in the world.  And this is a cause of great excitement for me, almost as if I am having a little renaissance of my own, in which the world is opening up to me, new ideas are pouring into my brain, new knowledge is layering on top of the foundations I've built so far in my life.  And I LIKE IT!

I am kind of excited about discovering how much there is to learn, and feeling hopeful about the process of adding new and different information to my life.  There are so many books and articles to read, and people to ask questions of, and things to contemplate.  Here are some of the great things I've learned lately:


And those are just the things that popped into my mind in the last 10 minutes!  Those last two have me pretty much wanting to corner my dad, stick a recording device in front of him, and pepper him with questions.  There is so much to learn in the world, and in my own family.

I'm excited to know that I will always learn new things for as long as I live; as my friend Lori says,  "Just TRY to get through a day without learning something: it's not possible!"  I'm grateful that I went on that walk today: I learned something new and am reminded of how much awaits me.

Pretty sure I can learn something from a good IPA too, but that will be for another day.

What have you learned lately?

Kate Hall said…
Oh man. those are such cool ones... my kids spur me on in my curiousities all the time... are manatees squishy? is the newest one, but its less than easy to google... and i learned that my mom's grandfather built the table in her barn... pretty little nondescript thing is the oldest thing in town. pretty amazing.