Consider for a moment the very first task I must complete on a daily basis: GET FIVE CHILDREN OUT THE DOOR AND TO SCHOOL/DAYCARE ON TIME. It's a big job. Getting all five of them "processed" (fed, clothed, shoe-ed, equipped with lunch and ready to go), is enough to send me back under the covers pleading for the impossible: extra sleep, more time, and a magic wand. Some days, everything just clicks. I've learned that I don't have much control over when those days happen. It's like the Morning Gods just randomly decide that everything will go smoothly, no one will spill anything, shoes will appear exactly when I need them, no one will have a last minute library book to look for. Then there are the days when nothing goes smoothly.

Yesterday began shaping up to be one of those days. In particular, getting the boys up was monumentally difficult. Sometimes, it takes me 20 minutes just to get them to lift their heads off of their pillows. They can devote another 15 minutes to complaining about how cold it is. Another 10 to weeping about missing shoes. Another 5 to questioning WHY I have to be so mean to them when they are tired. It's messy.

But back to yesterday. Yesterday, I found a magic wand, or I should say, it found me, in the most unlikely of places. Samuel has discovered The Clash. This discovery is thanks to Daddy, who I'm sure did his share of the 1970's version of moshing to Clash music. On Tuesday evening as Sam and Dad were driving to basketball practice, father introduced son to the song London Calling, and Sam has been WAY into it. So yesterday morning, after an excruciatingly difficult process of getting the boys up and dressed, all of the sudden I could hear London Calling blaring from the stereo in the living room. I was about to put a stop to this nonsense, when I noticed that everyone was moving a bit faster and had a bit more bounce in their step with the music on. So instead of making him turn it off, I had him turn it up.

The baby sat in her high chair smiling, swaying and clapping; Lola started spinning around in circles, Elizabeth did her version of dancing, which is about as funny as any 3 year old "rocking out," Vincenzo started doing some kind of air guitar, complete with a bank bend all the way to the floor, and Samuel sang into a pretend microphone with surprising ferocity. And in the midst of all of this, they actually started doing exactly what I asked them to do. Elizabeth rocked herself in my direction and let me change her, as long as she could pump her legs at the same time. Vincenzo got his stuff together, doing some kind of marching/stomping thing around the house to do so. London Calling did the trick: it motivated everyone to get their butts in gear and get ready. Thanks to The Clash, I didn't have to resort to my usual 15 reminders to get their lunchboxes, coats, backpacks, etc. Everything clicked. Or rather, everything rocked.

And once in the car, we rocked out to more Clash tunes. Spanish Bombs was a particular favorite; Brand New Cadillac ranked high. We all arrived at school invigorated.

No more Raffi for this mom! I have found my magic wand, and it rocks.
Email Post
Labels: music 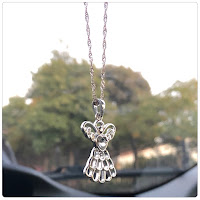 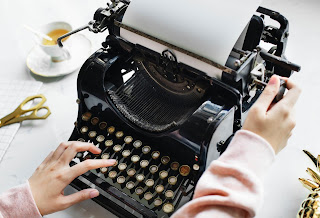 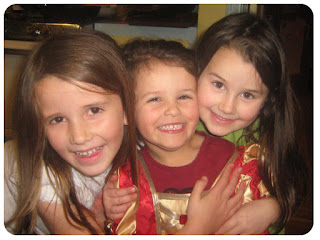 Teenage Girls Are Awesome: Here's Why 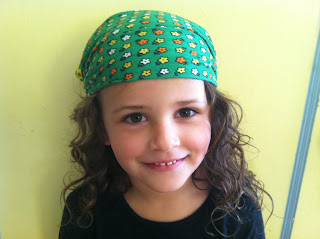